A concept design for the revitalisation of a much loved aquatic facility in an environmentally sensitive area. 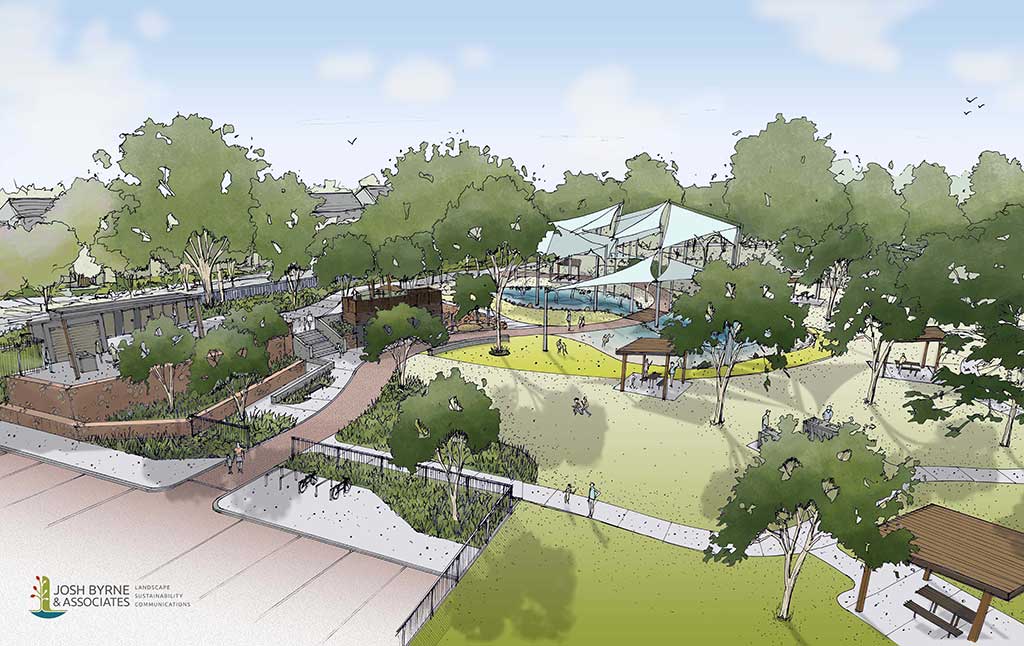 The new Maylands Waterland design addresses the community’s desire to revitalise the very popular but deteriorating water park and the adjacent foreshore area while bringing it in-line with Australian Safety Standards.

The designs are based on the interpretation of the riparian zone within the Maylands Foreshore Reserve, which is the interface between land and river.

Stage 1 includes the redevelopment of the Maylands Waterland into an all-abilities accessible aquatic play space inspired by Swan River ecology. Key elements of the design within the Waterland site are interpretations of local native flora and fauna, many of which are depicted as custom play elements, feature fencing, artworks and sculptural pieces.

Stage 2 plans include the refurbishment of the leisure pool within the Waterland as well as the protection and enhancement of the rivers fringing vegetation and estuary margins. There is also a proposed all-abilities nature play playground situated along the foreshore.

Josh Byrne & Associates (JBA) worked with the City of Bayswater to deliver a concept design for the revitalisation of Maylands Waterland and the foreshore area as part of the creation of a greater Maylands Foreshore Reserve. The design response includes consideration of topography, inundation, environmental sensitivities, historical and cultural context, amenities and the importance of the site to the local community.

At the end of 2020 JBA were awarded the contract to project manage the detailed design and construction of Maylands Waterland Stage 1.